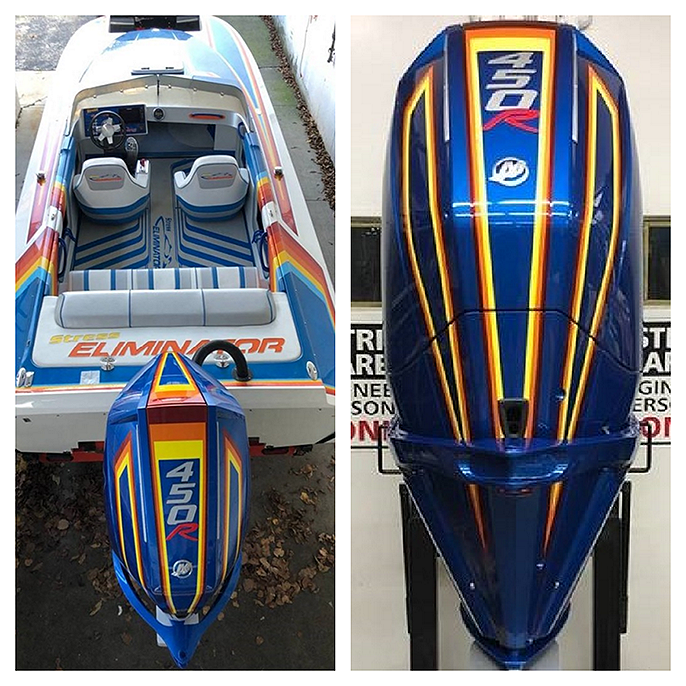 It was a classic case of love at first sight. Who could resist eight elements of gelcoat striping laid down in colors and patterns that once were the highlight of high school daydreams, graphics so long out of style that they’ve become nostalgic. Not Johnny Bauer, that’s for certain, who learned how complicated love can be, especially when the object of affection is a boat.

In 2014 Bauer became aware of a 1987 Eliminator 23 Daytona for sale in Texas, a long way from his home base in Wisconsin, where he works as Lead Engine Calibration Technician at Mercury Racing.

What we create is a direct expression of the basic human need to live wide open and feel the untamed, unadulterated emotion that lives within all of us, but we’ll be the first to admit that we aren’t for everyone. We’re for those who not only value raw performance and power, but unprecedented craftsmanship, refinement and design. We’re for people who know the best can always be better and wear their insistence on excellence as a badge of honor.