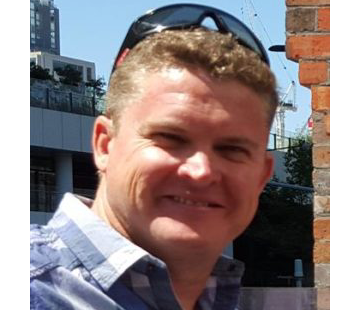 The Mercury Racing family regrets the passing of colleague Scott Browne, who served as a Service Manager for Mercury Racing and Mercury Marine in Australia, New Zealand, and the Pacific region. Browne, age 49, died unexpectedly in January.

“Scott was energetic, knowledgeable and passionate,” said Anthony Brown, Mercury Marine marketing manager for Australia, New Zealand and the Pacific. “Scott had a positive effect on each and every one of us.”

When Browne joined Mercury Marine in 2001 he brought with him two great loves – spending time on the water and working with engines. He had the knowledge to answer questions and the passion to ask them. An expert mechanic, fully trained on race engines and with plenty of experience working in a dealership, Scott knew the business from all sides.

Browne also had a huge impact on the waterski-racing fraternity in Australia. A popular motorsport in the region, waterski racing pairs a high-performance boat and an expert skier in competition against other teams, either on a closed course or in a point-to-point or timed race. Boat-and-skier speeds in the top classes can top 100 mph. Browne, highly regarding in the waterski-racing community, participated as a skier, a mechanic and boat builder, a driver, and a fervent supporter of the sport.

His waterski racing career started in 1994, when he teamed with his brothers Paul and Craig. His achievements are too many to list, but some of the highlights will clearly show the legacy he leaves.

Running a boat powered by a 6.0-liter engine Scott built, the trio’s first race was the 1994 Robinvale 80. Their boat The Sting caught fire after five minutes but the three persisted and with Scott doubling as team mechanic and number-one skier they ended up holding all three Victorian river records in their class. A record the Browne brothers set at the 2001 Mildura 100 race stood for 10 years.

Scott’s next boat, Quicksilver, wasn’t just quick, it was revolutionary. The 1850 Bullet was powered by a triple-rotor Mazda 20B rotary engine fitted with a turbocharger, which sparked more than one heated debate, as it regularly hit speeds near 100 mph. As a skier, Scott won the Southern 80 in 2001 and 2002, collected victories at the Mildura 100 in 2002 and 2003, and went on to win at Robinvale in 2004. After hanging up his ski, Browne continued to build and drive championship-winning boats, claiming the high-points titles at Murray Bridge in 2008 and Robinvale in 2012.

Browne’s involvement and enthusiasm went well beyond pure racing. He once skied behind a 29-foot Scarab more than 300 miles from Tasmania to Port Phillip Heads in southern Victoria, Australia. In 2010 Browne claimed a silver medal in the veteran men’s class at the 62-mile Catalina to Long Beach ski race off the California coast, perhaps the most-prestigious waterski race in North America. He generously donated his Haines Hunter boat when he heard Mercury wanted to form an all-female ski race team.

Scott Browne was an amazing family man, friend and colleague. He will be sadly missed by all of us who knew him at Mercury Marine, and our most-heartfelt sympathy goes to his family.