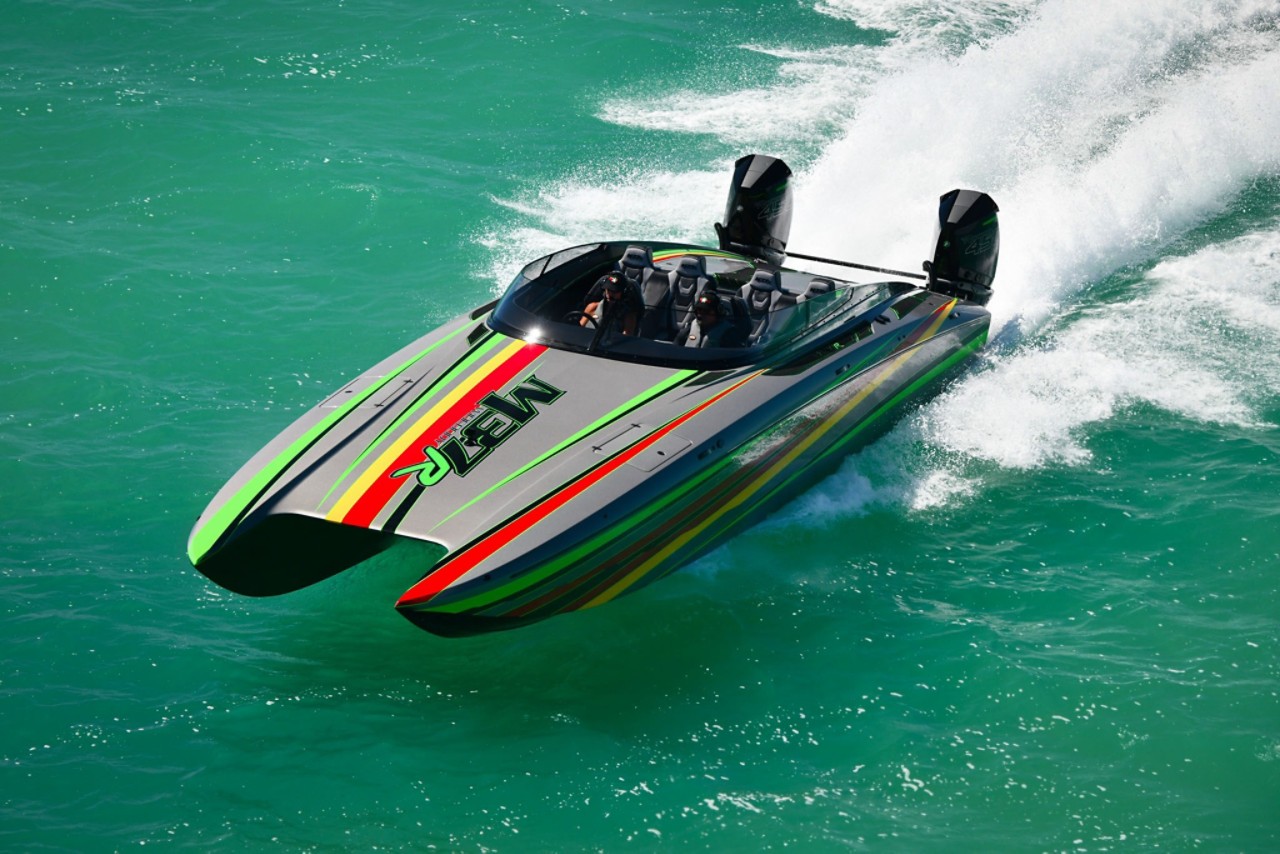 YES it was another edition of the Miami International Boat Show (MIBS), but NO, it was not just another powerboat roped off slip 327 on Ramp 3 – it was the radical “show-favorite” DCB Performance Boats M37R Widebody Mad Props.

The 37-footer may be a delightful new sight for East Coasters, but the Mad Props moniker has been plastered across more than a few marine machines in the toy stable of poker run enthusiasts Greg Harris and Yvonne Alemán. Up to now, the South Floridians’ watercraft collection including a twin Mercury Racing 700-hp supercharged 32’ Skater, and outboard-propelled 340X MTI, shared one common theme, they all had previous owners.

For this reason, the signature namesake runs much deeper with the DCB. It’s the couple’s first fastboat hatched from scratch. A Mad Props… their way, all the way! Harris, a successful Fort Lauderdale-based real estate entrepreneur, had been on the lookout for a new sport cat but was shying away from those on the market with two sponsons and a short center pod.

The savvy speedboater wanted a full-tunnel, and the newly launched M37R model with its 65-inch tunnel was the perfect match. Harris had to go for it. Following the three-year tooling and engineering stint and collaborative partnership with Franco Gianni of SFG Yacht Design, at DCB’s El Cajon, Calif. headquarters, hull No. 9 out of production was meant to be the next Mad Props!

Check out the full story at RiverDavesPlace.