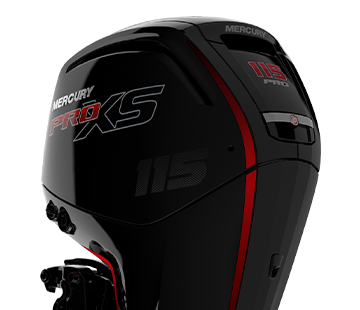 Mercury’s new 115 Pro XS fourtroke earned its “Extra Special”status capturing UIM Class 3A and 3B World Championships last week in Tvedestrand, Norway. The engine, released as a consumer model earlier this year, proved its dependability and reliability when rough seas challenged crews and their equipment. The engine joins an existing fleet of low emissions two-stroke Mercury 115 Pro XS-powered competitors as well as those powered by competitive low-emissions two-stroke outboards.

The third and final race of the 3A World Championship was a ‘nail biter’ – right down to the finish. Most thought Paul Etasse’s competitive low emissions two-stroke outboard -powered Phantom 19G Team Slaver had done enough to secure the 2016 title. Paul, who had a 300-point advantage going into Race 3 over his closest rival, Jack Bobin (Motorvated Racing), only needed to finish fifth to clinch the championship. Motorvated Racing is an identical hull as Team Slayer with exception to power. Doug Ashley Marine, a UK Mercury supplier, rigged Jack’s Phantom with the new Mercury 115 Pro XS.

After the green flag dropped, Jack and Paul were deck to deck after lap one and racing hard into Lap 2. Team Slayer’s championship points lead evaporated when a failed clamp bracket on their outboard forced them to retire.

Jack, unaware of Paul’s misfortune, continued with the hammer down to take the checkered flag and the 2016 UIM Class 3A World Championship. The Mercury fourstroke-powered team finished an astounding four minutes ahead of second place finishers Rasmus Hamrén and Filip Eriksson in their competitive low-emissions two-stroke outboard -powered Hotshot 21-foot hull.

The victorious Jack Bobin said, “Last year I raced with a 115 Pro XS two-stroke. As soon as I heard in February that Mercury had released a lighter and more powerful four-stroke, I ordered one immediately.”

“I can’t thank Mercury enough for helping me to become World Champion. The 115 Pro XS fourstroke has given me better acceleration out of race turn marks and a higher top end speed,” Jack said.

While the new Mercury fourstroke made an impression in Class 3A competition, it was even more impressive in Class 3B racing, powering Fredrik Groth Fyrø and Hanna Thorén to the 2016 UIM Class 3B World Championship. The Swedish crew piloted their Twister catamaran to back-to-back race wins. They secured the world championship with a conservative drive through adverse conditions in the final round to clinch the title.

This marks the first time a fourstroke outboard has been the power behind Class 3A and Class 3B world championships. This historic feat is just another testiment to the  ingenuity that goes into all Mercury  products – race and pleasure.