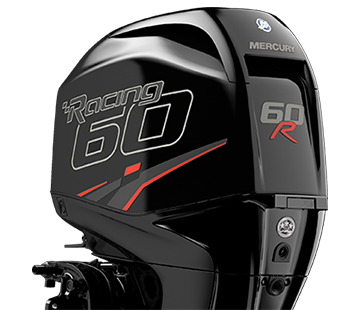 Captain Steven Lamp of  Dream Catcher Charters in Key West, Florida, is a fishing guide with a penchant for fast boats, which makes him an ideal consultant for Mercury Racing. Capt. Lamp’s charter operation is currently running 11 boats, from a 17-foot Beavertail Skiff to a 47-foot Viking convertible. It’s the diminutive  Beavertail Skiff 17 Elite that has had Lamp’s attention recently, as he’s just finished rigging this technical flats skiff with the new  Mercury Racing 60R  outboard.

Powering a boat like the 17-foot 8-inch Beavertail Skiff 17 Elite is exactly the mission the Mercury Racing 60R was designed to accomplish. Designed specifically to be poled into the shallows where bonefish and permit lurk, the Elite 17 features a carbon/Kevlar layup which helps reduce its gross hull weight to just 600 pounds. Lamp says the boat weighs about 900 pounds ready to fish.

“In this type of boat, and for this type of flats fishing, engine weight is critical. I had been running this Beavertail with a 20-inch Mercury 90 FourStroke outboard,” said Lamp. “The new Mercury Racing 60R weighs 91 pounds less than the 90 FourStroke. Losing that weight gives me about two more inches of draft. I can now float in just seven inches of water with two people in the boat, and I’m a pretty big guy myself. The big surprise is that, despite giving up 30 horsepower, I only lost 3 miles per hour in top speed.”

The only outboard in its class with a 15-inch midsection, the Mercury Racing 60R fits perfectly on the transom of a compact performance skiff like the Elite 17.

“This 15-inch motor is scaled to the boat,” said Lamp. “Because the powerhead is lower on the boat the entire center of gravity is lowered, so the boat feels less tippy when I’m on the poling platform, and I can use a lower platform. The boat also handles better when we are running at speed.

“The balance of the boat is critical,” explains Lamp. “For efficient poling on the flats, I want the boat to rest level in the water. With the 90 FourStroke on the transom I had to put 140 pounds of lead ballast in the bow to level the boat. Now I can leave the ballast at home, which is another reason we’ve gained draft. Now I can let my client bring more than one sandwich for lunch!”

The 60R outboard features a four-cylinder, 1.0-liter long-stroke powerhead tuned for torque by Mercury Racing. A single overhead camshaft cylinder head keeps the powerhead as light and slim as possible for less intrusion on the transom. A powerful 18-amp alternator is designed to maintain battery charge on boats equipped with angling electronics and baitwell pumps. The Mercury Racing 60R offers the added benefit of a 4.25-inch diameter, high-thrust gearcase with a 2.33:1 gear ratio to handle up to 20 percent more prop-blade area than a standard gearcase. That blade area and the shape of the gearcase provide added lift aft to boost hole-shot performance and provide confident handling at speed.

“I don’t fish tournaments, and for this boat top speed is not that critical because the boat runs wet, with a waterline that’s about 85 percent of its length,” said Lamp. “That’s a lot of drag for a 60-horsepower outboard. We tried several props and settled on the 14-pitch Mercury Vengeance, which works well without requiring a lot of trim.”

“I cruise at about 30 mph, and with the 90 FourStroke I was getting 6 to 7 miles per gallon at that speed,” said Lamp. “With the 60R I’m getting 9 miles per gallon, which gives me more range, or I can run a very light load of fuel and take two clients to a near-by destination.”

Take it from a pro, who makes his living on skinny water: The Mercury Racing 60R a brilliant performance solution for technical flats skiffs