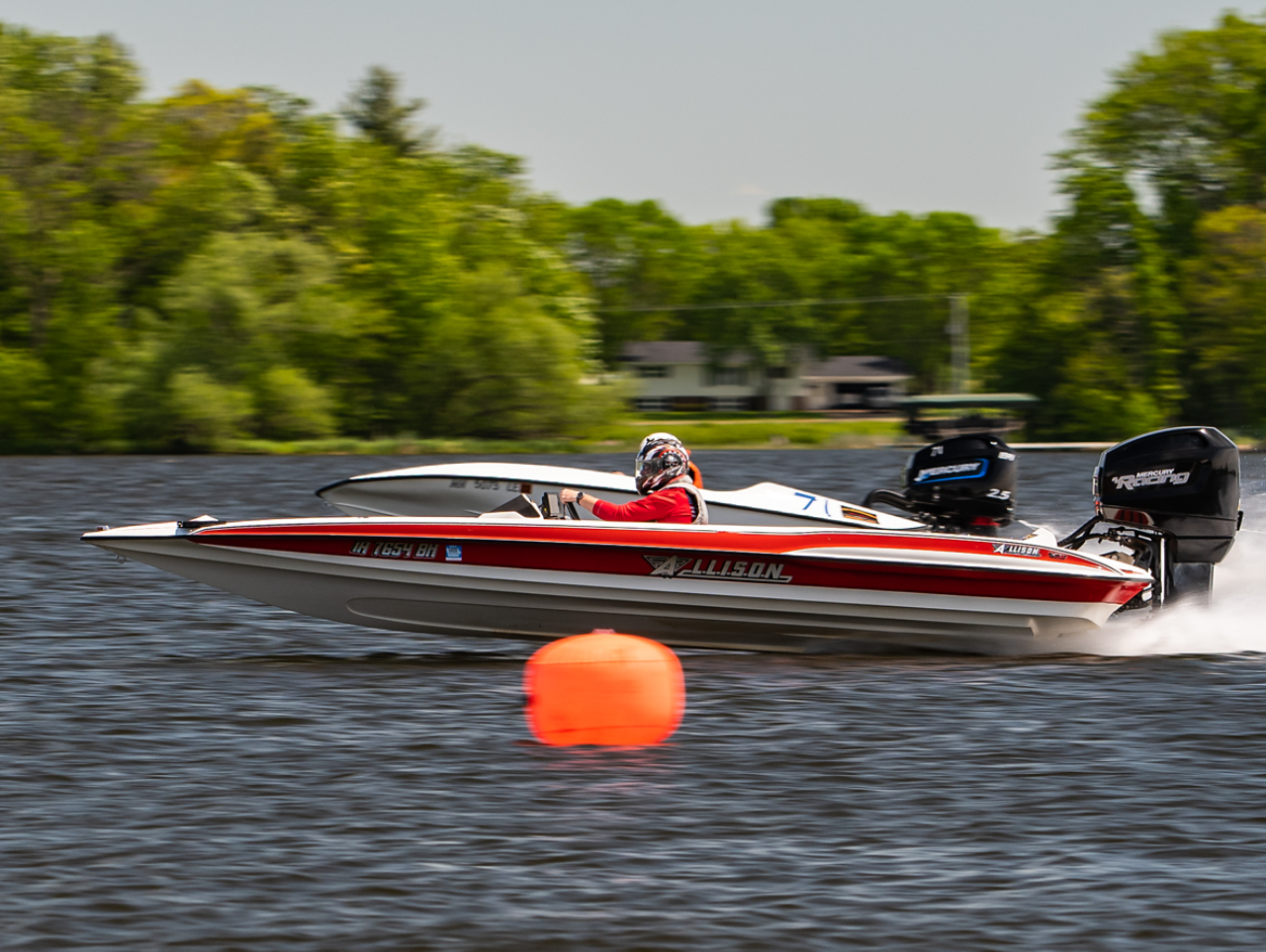 The first race of the 2022 Upper Midwest Powerboats Association season kicked off on Saturday, June 4. With weather originally looking not favorable for the weekend, it turned out to be all sun, a few clouds with a mild breeze – almost perfect conditions to hold drag races on the water.

Moose Lodge of Rice Lake served as host to the event and the 800-foot course was set right outside for great spectating. The day started with the 65 mph and slower class and continued to 105+ with top three finisher results as follows:

A total of 35 boats made the race and Mercury Racing had a solid showing, with its legacy motors in full power and securing first place finishes in four of the five classes. New this year in UMPBA is the addition of high points for all classes – so as the group looks forward to the next race in Pelican Lake on July 16, there will be plenty of racers turning wrenches to squeeze out that last little bit of fight for the year-end high points trophies.