Pro anglers demand no-compromise performance every time they hit the water. When there’s money on the line, every advantage counts. Which is why more pro anglers are turning to Mercury Racing Bravo I props to maximize the speed and handling of their bass and multi-species boats.

“There have been big changes in the past couple years for pro anglers running Mercury power,” said Nick Petersen, Mercury Racing Performance Propeller Manager. “Many are switching for the first time from a two-stroke Mercury Pro SX to the new four-stroke Mercury Pro XS model or to a Mercury Verado motor. Our Bravo I FS and Bravo I LT props are designed to get the most performance from Mercury four-stroke outboards, and each offers some real advantages over the prop usually shipped with the boat.”

The Bravo I FS and Bravo I LT props feature four blades and a 15.25-inch diameter, and are hand-crafted with a Pro Finish in the Mercury Racing prop department.

“Most Mercury Pro Team bass anglers are now running the 4.6-liter V8 250 Pro XS, and these boats often ship from the manufacturer with a three-blade Mercury Fury® propeller, which is a great top-speed prop when the boat is lightly loaded,” explained Petersen. “But a tournament pro never runs a light boat. They head out with 500 pounds of gear, a partner, and a lot of fuel on board. Pro bass anglers have found the Racing Bravo I FS really pops the boat over for outstanding hole shot. At speed the Racing Bravo I FS generates a lot of lift, which compensates for the extreme boat weight by reducing wetted hull surface and drag, and can often match the top speed of the Fury propeller.”

Bassmaster Elite Series pro Frank “The Tank” Talley used the Racing Bravo I FS to dial in a new boat and motor combination for the 2021 season.

“After fishing from a Triton boat for four years I moved to a new Caymas CX 21 with a V8 250 Pro XS, and had to find a new set-up for propping,” said Talley, who lives in Temple, Texas and is supported by Mercury Authorized Dealer Texas Boat World in Harker Heights. “I tested the Racing Bravo I FS in different pitches, and the 26-pitch was just a little too big and the 25 let the motor rev too high, but the 25.5-pitch is just perfect. Being able to dial in the boat with those half-inch increments is a key advantage of the Racing props. I can run 75 mph with a full tournament load, which includes 50 gallons of gas, 44 gallons in the live wells and all my gear. That’s 2.5 to 3 miles per hour faster than a Fury, which is a big difference when I start the day with a 30- to 45-minute run to the fish. The hole shot is great and the ride and handling are so smooth. I call it my luxury prop. I’ve been recommending the Bravo I FS to other pros, and I’ve even seen a few on another brand of outboard, it’s that good.”

The Racing Bravo I LT prop has a longer tube with a slight flair at the end, features which combine to produce more stern lift than the Racing Bravo 1 FS propeller, which can be the perfect prescription for tournament-loaded multi-species boats.

“The multi-species boats you see the pros run on walleye and musky tournament series are deeper and heavier than bass boats, often with even more weight in the stern,” said Petersen. “The Mercury Pro Team anglers are often running a Mercury Verado 350hp or 400hp outboard, with a 15 EFI Pro Kicker outboard for trolling plus five batteries, full fuel and livewells, and all the gear. They are frequently fishing on big water that gets rough. These boats are often delivered with a Mercury Tempest® Plus prop. The Racing Bravo I LT lifts the stern and pushes the bow down so it can better slice through that chop. The four blades bite the water for better handling in those conditions.”

“I run a Ranger 620 SS Pro boat, and this season switched from a Mercury Verado 350 to a Verado 400 outboard,” said Sprengel, the 2020 National Walleye Tour Angler of the Year. “The 400 can run up to 6800 RPM, compared to 6400 for the 350, and I’ve found that the powerband is a little narrower with the 400. You really need to dial it into the top of the RPM range to get all of the speed. For top speed I’m running a 21-pitch Racing Bravo I FS, and I’ll use that prop on smaller lakes where I know the water won’t get too rough. It gets the Verado 400 outboard up to its max RPM and the boat to 62 to 64 miles per hour.

“I also have the Racing Bravo I LT in 20-pitch, and I’ll use that prop for rough water, or when I have four or five people in the boat,” said Sprengel. “It pushes the bow down so the hull can do the work in rough water, provides more lift with a heavy load and delivers great handling. I’ve also got a 20.5-pitch Bravo I LT I use in cool weather, when the motor is making a little more power. The Bravo I FS is fast, but I think the Bravo I LT is really the best all-around prop for a multi-species boat.”

When it comes to boat performance, Mercury Pro Team anglers are as precise about dialing in boat performance as any racer. Which may be why they are turning to Mercury Racing for propellers. You’ve got run Wide Open to win.

For more information on Mercury Racing propellers, engines and accessories, go to MercuryRacing.com. 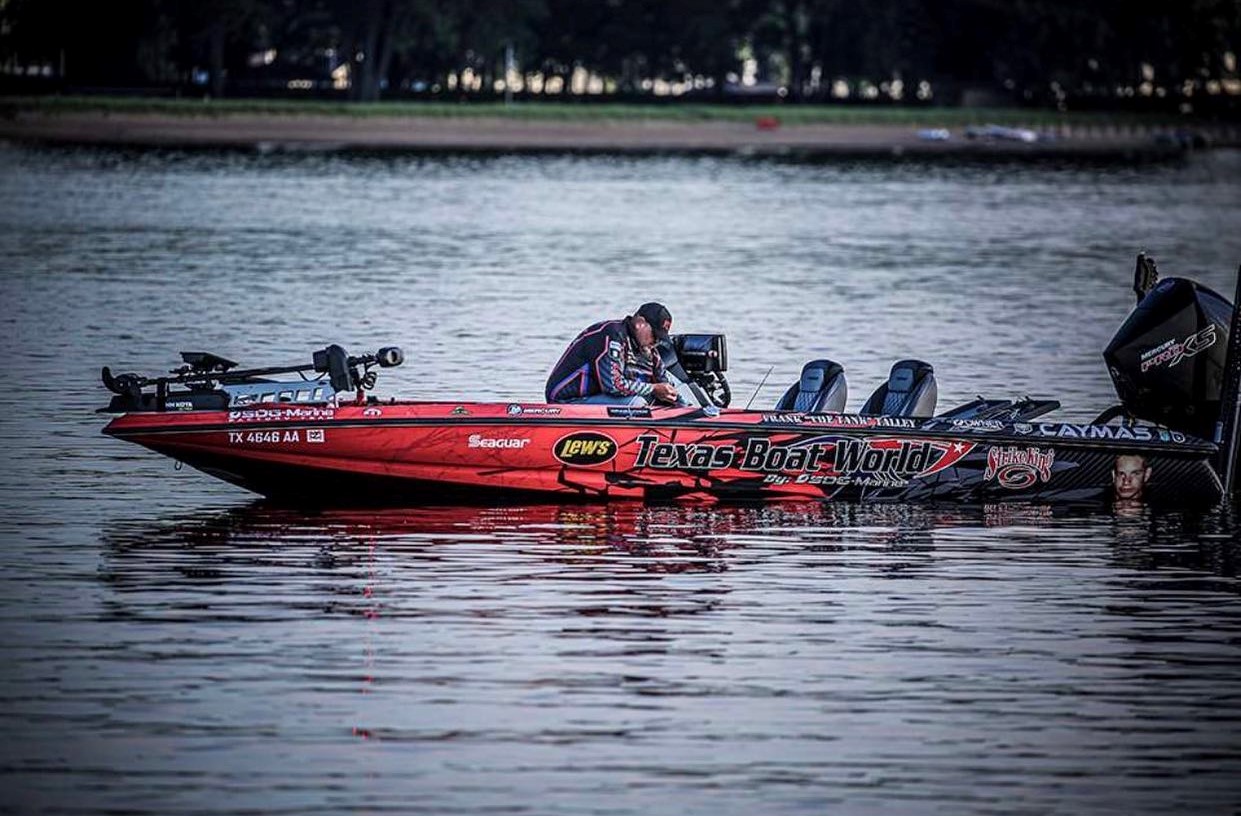