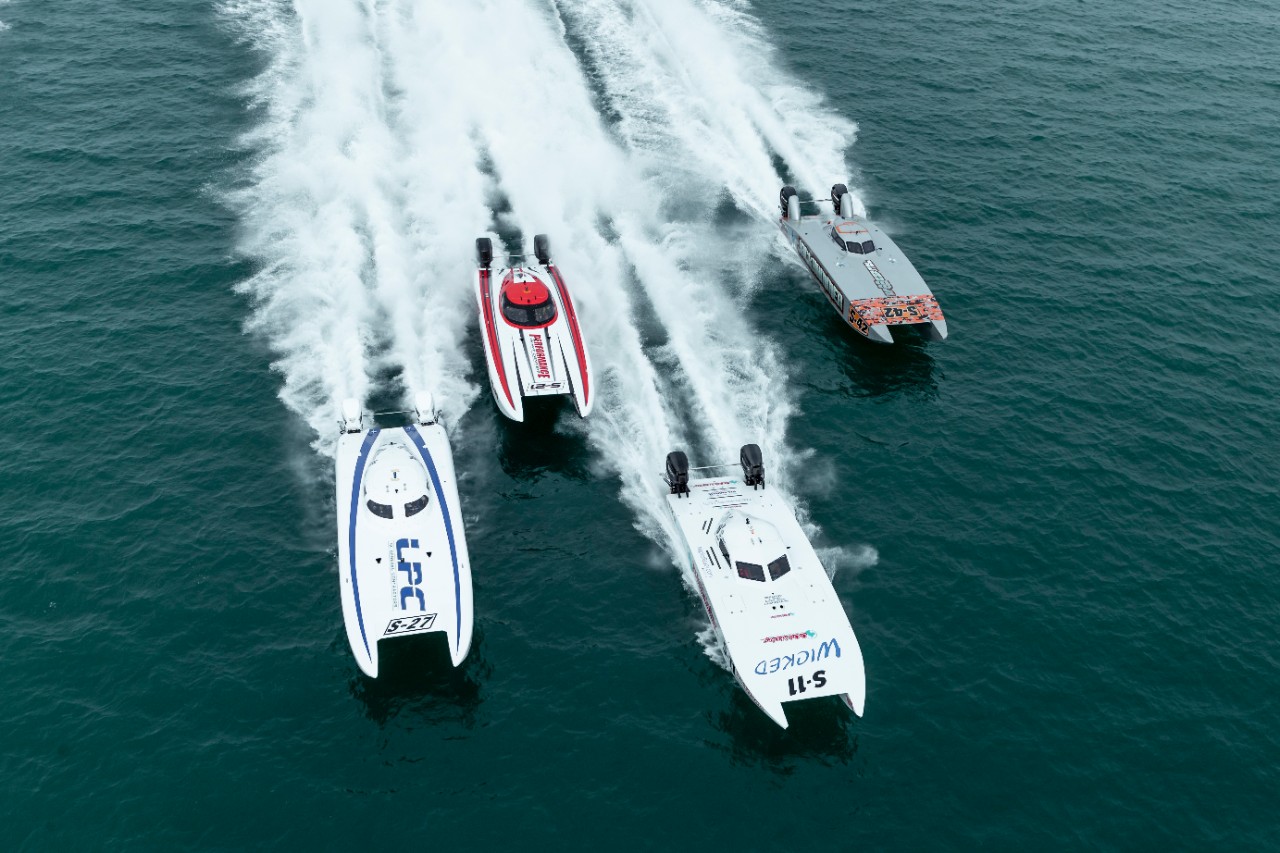 For a week each November the end-of-the-road outpost of Key West, Florida, becomes the epicenter of performance boating, thanks to the confluence of the world championship offshore racing and the Florida Powerboat Club Key West Poker Run. Mercury Racing was on hand with its Team Truck for the event, and Mercury Racing power was well-represented on both competition and pleasure boats.

The Florida Powerboat Club run has grown exponentially since it began 29 years ago, and this year the run from the Miami area to Key West attracted 280 entries, according the FPC head Stu Jones. The boats departed the Miami area (Haulover Marine Center, TNT Custom Marine and Grove Harbour Marina) in waves on November 10 and 11, with three lunch stops in the Key Largo/Marathon area (Gilbert’s Resort and Tiki Bar, Sundowner and the Faro Blanco Resort) required to accommodate all the boats, and other stops along the route for card pick-ups. Paceboats provide navigation through the winding backwaters of the Florida Keys, allowing participants to enjoy the ride in more protected waters, with the final 40-mile leg offshore and into the protected Key West Harbor. A four-day Key West Poker Run village acts as event headquarters, with entertainment every evening and great dining at the Conch Republic Seafood Company. Daily powerboat excursions and fun runs give participants a chance to explore local waters. Saturday’s raft-up at Woman Key featured the best weather of the weekend and was rated among the best in the history of the Key West Poker Run.

The event attracts performance boat owners from around the world, in every type of boat, from fast center consoles to very fast cats and v-hulls with enclosed cockpits. This year MTI was the most-popular brand, with 52 owners participating. Jones always makes safety a paramount concern during FPC events, and this year’s run to Key West went off without an incident of note.

“We had a great mix this year of seasoned Key West Poker Run veterans and a strong contingent of ‘bucket-list’ newcomers who made this their first Florida Powerboat Club event,” said Jones. “Many of them told me it exceeded their expectations.”

There really is poker played at this poker run, and when the tables closed on Saturday night the grand prize winner of $10,000 was Bret Laso of North Carolina.

The 2021 American Power Boat Association/Union Internationale Motonautique Raceworld Offshore World Championships is a three-day event, with racers accumulating points in heat races to claim a championship. Champions of note include Stock V-class racers Brit Lilly and Kevin Smith of the #66 LSB/Hurricane of Awesomeness team in a 29-foot Extreme powered by a Mercury Racing SCi 600 engine, winners of all three races in that class. Consistent results all weekend earned the #21 Performance Boat Center team of Myrick Coil and Rusty Williams a championship the very competitive Super Stock class in a 32-foot Wright Performance cat powered by twin Mercury Racing 300SX outboards. Their fellow Lake of the Ozarks-based teams of Reese Langheim and Ricky Maldonado took second in the Jackhammer Victory Team cat, also powered by twin Mercury Racing 300SX outboards. In a look at the future, Taylor Scism and John Tomlinson entered the first MTI 390X canopied catamaran race boat in the new Stock 450 class, which features the Mercury Racing 450R outboards as spec power. The #7 Marine Technology entry was the only boat entered in the class, which is expected to attract more entries next season.