The return to a classic racing venue highlighted by reunion of racers and display of the Mercury Racing 200 APX competition outboard.

Mercury Racing was a sponsor of the Lake Havasu Classic Outboard Championships, and was on site with a display of the new Mercury Racing 200 APX competition outboard.

“It was a great weekend that combined a celebration of the history of tunnel boat racing, the excitement of the current race series, and a look at the Mercury Racing 200 APX, a motor that represents the future of the sport,” said Mercury Racing General Manager Stuart Halley. “I really enjoyed walking the pits and talking to racers about their outlook for the sport and how it can be supported by Mercury Racing.”

Rated at more than 200 horsepower, the Mercury Racing 200 APX outboard offers Formula 1 tunnel boat racers a very durable powerhead and the latest in four-stroke engine technology, while reducing exhaust emissions by 90 percent compared to the Mercury Racing 200 SX two-stroke outboard currently in use in these classes, which is no longer in production.

The weekend of racing coincided with the month-long 50th anniversary celebration of the placement of London Bridge over the lake’s Bridgewater Channel. Lake Havasu City was founded in 1963 by entrepreneur Robert McCulloch, who was active in oil and gas exploration and founded McCulloch Motors Corporation to manufacture chain saws and outboard motors. He first came to Lake Havasu to test his outboards. To spur the growth of the city, in 1964 McCulloch opened a chainsaw manufacturing plant there, and also organized the first powerboat race on the lake to promote Lake Havasu City. By the 1970s tunnel boat endurance racing was an annual event attracting more then 100 entries. Always a promoter, McCulloch purchased London Bridge and had it dismantled and rebuilt in Lake Havasu City as another attraction, a project that was completed in 1971.

Vintage racing memorabilia and equipment including a collection of classic Mercury Racing outboard motors was displayed at a Beach Party event sponsored by Kicker Audio. 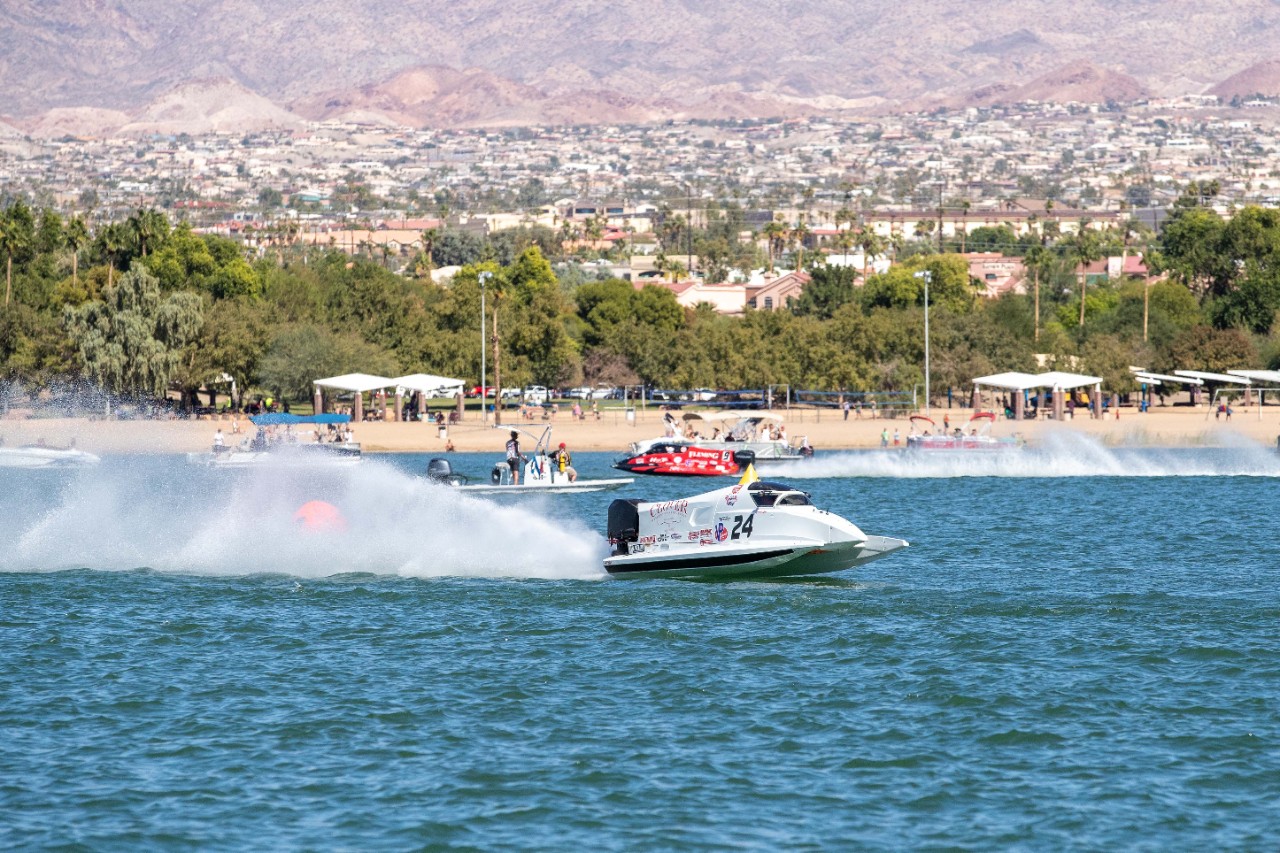 “We had more than 45 entries for the weekend, and racers and spectators really enjoyed the event and being back in Havasu, racing on the historic course set up off the Nautical Resort beach,” said Tim Seebold, owner and promoter of the NGK Spark Plugs Formula 1 Powerboat Series. “It was great to work with the city for this special event, and we’d like to return to this site in the future.”